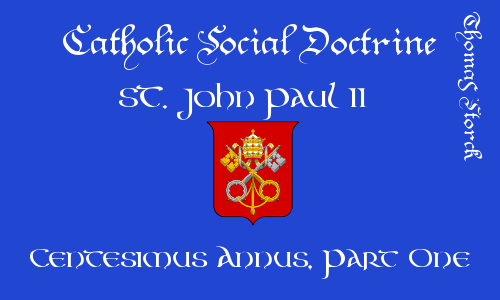 In this article I will begin the discussion of Centesimus Annus, the latest social encyclical, written to commemorate the hundredth anniversary of Rerum Novarum, and issued on May 1, 1991. In some quarters Centesimus was hailed as a new direction in papal social teaching, and even as a repudiation of past doctrine. However, as we will see, this was not at all the case. But because this charge has been widely made, I will denote much of this article and the next to showing the continuity of Centesimus with the prior social doctrine of the Church. 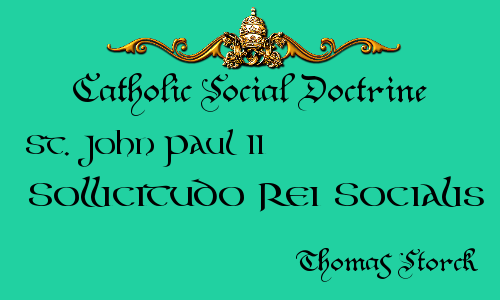 Just a few years after Laborem Exercens, on December 30, 1987, John Paul II issued the second of his social encyclicals, Sollicitudo Rei Socialis. Unlike most of the social encyclicals, which were published on an anniversary of Leo XIII’s Rerum Novarum, Sollicitudo Rei Socialis, was issued to commemorate the twentieth anniversary of Paul VI’s Populorum Progressio. In fact, John Paul II states that he desires “to pay homage to this historic document of Paul VI” (§3) and “to extend the impact of that message by bringing it to bear…upon the present historical moment…” (§4). Not surprisingly the Holy Father devotes the first part of Sollicitudo to a discussion of Paul VI’s encyclical. He points out that Populorum Progressio brought out the “worldwide dimension” (§9) of the social question more clearly than any previous papal document. That encyclical had been devoted to the “development” or “progressio” of the peoples of the world, not merely to development conceived of as an accumulation of goods, but as promoting “the good of every man and of the whole man.”[1] Now in his own document, John Paul proposes “to develop the teaching of Paul VI’s Encyclical” (§11). 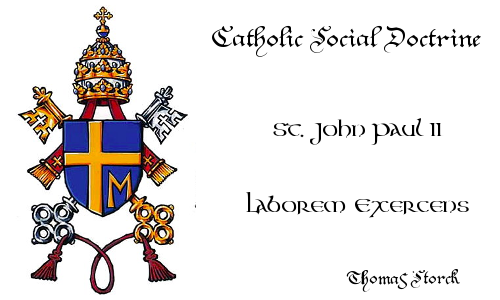 After the brief pontificate of John Paul I (August to September 1978), John Paul II began his reign in October of 1978. As is well-known, John Paul is the first non-Italian pope since 1523 and the first Pole ever chosen as Vicar of Christ. John Paul II’s encyclicals and other writings have often been longer and more meditative than those of previous pontiffs. In a sense, he has created a body of work which is a consciously interrelated statement of the Faith. He himself often points out the connection of one dogma with another, for example, the relationship between the Church’s doctrine of the nature of man and her doctrine of man’s rights and duties in society.[1]
Read more »
Posted by Practical Distributism No comments: 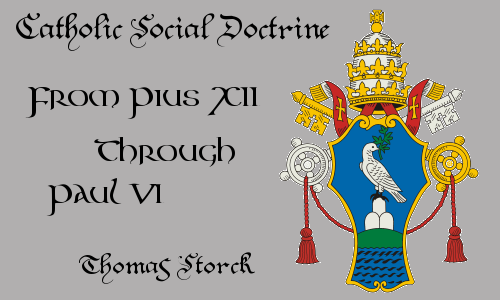 The successor of Pius XI in the papacy was Pius XII, who reigned from 1939 to 1958. Although today he is often not appreciated, I think he was one of the greatest popes of the last two centuries. He issued major encyclicals on the Mystical Body of Christ, on the sacred liturgy, on biblical studies and on modern philosophical and theological errors. Most notably, in 1950 he infallibly proclaimed the dogma of the Assumption of our Lady into Heaven. He also re-instituted the Easter Vigil Mass on the evening of Holy Saturday, and, in reaction to the changed conditions of modern life drastically reduced the Eucharistic fast to three hours in order to allow more people to receive our Lord in Holy Communion.

Although Pius XII did not issue any social encyclicals, he gave a great number of addresses on social topics. And because of their importance, I will quote from a few of them in this article.