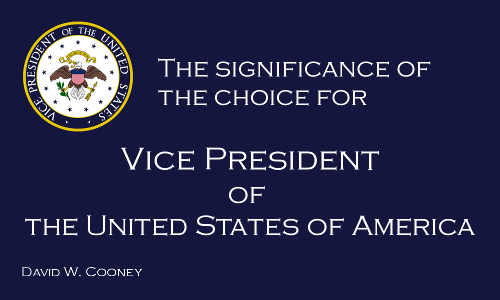 After many months of fear mongering and mud-slinging, the two major political parties in the U.S. have chosen their candidates for President, and those candidates have announced their choice of "running mate." The narrative in each party is now to set aside internal differences and band together to defeat the other party. Given the role of the Vice President when in office, it is interesting to consider the possible reasons behind the choices made by the presidential candidates about whose name will be alongside theirs as the election process moves forward. 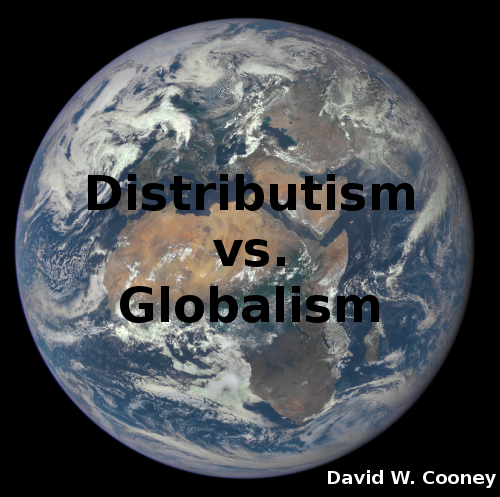 There has been a tendency over the last several decades toward globalism. This goes beyond the so-called "global economy,” with its free trade deals favoring international banks and corporations. This trend has resulted in the formation of international bureaucracies imposing standards, if not laws, on otherwise sovereign states. While there was always some resistance to this tendency, it has nevertheless progressed to the point that there is now a growing movement of outright rejection. What was initially presented as a path toward peace and harmony is increasingly viewed by common citizens as a growing threat to their freedom and way of life. What is the position of distributism in relation to the idea of globalism?

On Thursday, 23 June, 2016, the people of the United Kingdom voted on whether or not their country would remain a member of the European Union. Those who chose to leave won, 52% to 48%. While they are starting the process of separation from the international governmental structure of the EU and establishing trade agreements and national policies that are currently governed by EU law, I wanted to consider this decision from the perspective of distributism.