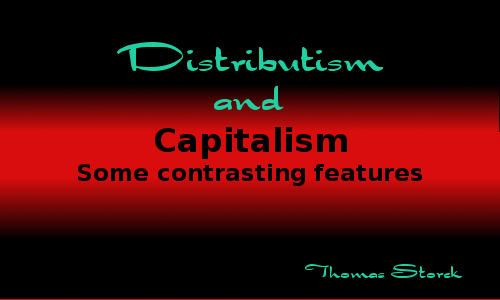 G. K. Chesterton's younger brother, Cecil, gave what is probably the most succinct definition of distributism, or rather of a distributist in an article he wrote in 1917.


A Distributist is a man who desires that the means of production should, generally speaking, remain private property, but that their ownership should be so distributed that the determining mass of families - ideally every family - should have an efficient share therein. That is Distributism, and nothing else is Distributism. ... Distributism is quite as possible in an industrial or commercial as in an agrarian community. ...[1]