Can We Return to the "Old Normal?" 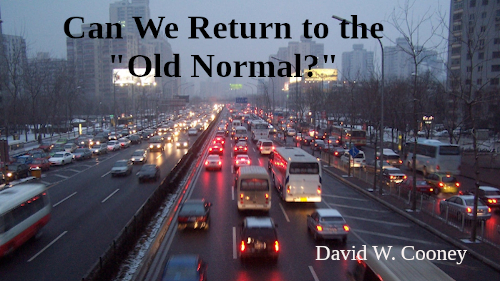 Now that we have reached the one year point of "two weeks to flatten the curve,"[1] some states in the US are starting to reopen their economies. This is considered to be a great relief for many who have struggled to maintain a living during this time. Even for those whose livelihoods were wiped out, there is a sense of relief that they can finally try to rebuild and restart a "normal" life. Their hope is that they will finally be able to return to how things were before the "lock down" started. For some, this is bringing to the surface a question that others have been asking for several months; can we return to the "old normal?" After such a great and lengthy disruption, can our lives truly get back to the way they were?
Read more »
Posted by David W. Cooney No comments: