A Road Not Taken 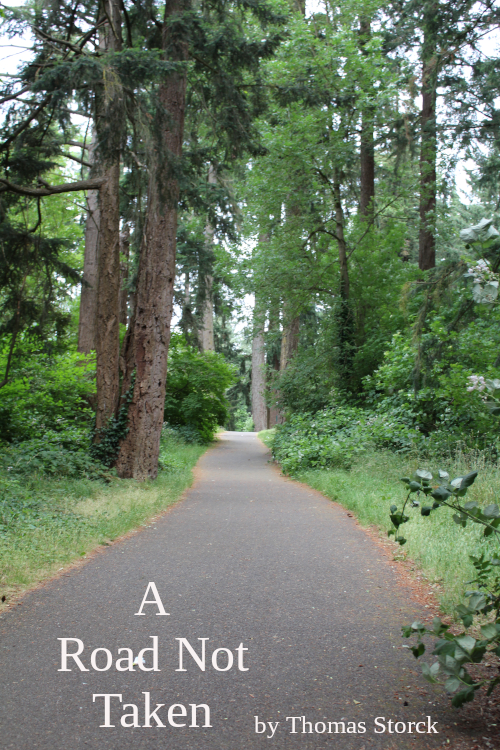 by Thomas Storck
On Sunday May 8, 1949 The New York Times published a short article entitled "Vatican Paper Assails 'Atheism' in Capitalism." Consisting of only three short paragraphs the article refers to an article just published in the Vatican's newspaper, L'Osservatore Romano, and written by that paper's editor-in-chief, Count Giuseppe Dalla Torre. The Times quotes Dalla Torre that "capitalism `is atheistic in its structure: gold is its God,'" and goes on to say that the article "defines capitalism as substantially greedy and says its aim is to dominate because it is never satisfied."
Such an article appearing in L'Osservatore Romano during the reign of Pius XII - conventionally classified as a conservative - might surprise some readers and even lead them to wonder if this could really have happened. But it did occur, and the article in question, "La Chiesa Cattolica e il Capitalismo" appeared on page one of the May 8, 1949 edition.[1]
Those familiar with the social teachings of the Roman pontiffs from Leo XIII on, and even previous to him, know that the Church has never accepted the postulate of most modern economic theories that the economy, instead of being an important but subordinate part of the social organism, must be seen as independent, governed by its own immutable laws, such as supply and demand and the alleged universal desire to buy cheap and sell dear. The L'Osservatore article, though expressed in a more hard-hitting manner than sometimes, differs in no essential respect from other expositions of the Church's doctrine.
Dalla Torre begins by referring to the upcoming anniversary of Rerum Novarum on May 15 and notes that although the Church has been called "an ally of Capitalism," in fact capitalism is a "social disease" (morbo sociale). He defines capitalism as "the dominion of capital as represented by money and by market value" and as "the separation of those who provide the capital and those who contribute to production exclusively by their labor." Capitalism is a

true and real cancer of the economy and society (vero e proprio cancro dell'economia e della società), whose diagnosis is exactly identical to the physiological one: an atypical cellular proliferation, given to continuous and progressive growth, whose action and structure follow its own laws, different from those of normal tissue [and] parasitical and lethal.

Dalla Torre continues by tracing the Church's stance against greed and economic sins, beginning with the earthly ministry of her Divine Founder.

Faithful to these principles and to similar positions, the Church has long fought through the centuries against this one human passion, the craving for wealth, no less than it has fought against ambition and the abuse of power....

He talks about the despoiling of the working class in the early modern period, about "the peasant and the artisan" who "longed for the lands and the workshops which were under the protection of abbeys, bishoprics and dioceses, free from unbearable princely greed." Then he summarizes the attempts of Catholic thinkers during the nineteenth century to elaborate a Christian program of society. "All of these [efforts] made the Catholic banner stand in open and irreducible conflict against capitalism...."
He concludes his historical précis with these words.

Such is the spirit, the doctrine and the conduct of the Church toward Capitalism, which for Christianity constitutes a sin against nature...like the limitation of births. Capitalism ensnares, takes over and dries up wealth; that is, it limits the number of those who benefit from it, it impedes the multiplication and equitable distribution of goods, thus interfering with the providence of God who has bestowed them liberally for all men.

Then follow the writer's most severe strictures against capitalism.

[E]ven Communism as an economic system, aside from all of its philosophy, is not the antithesis, is not the opposite, is not against the nature of Christianity as much as Capitalism is. Communism also becomes this when it professes and practices atheism. But this is a error within an error.... Capitalism [on the other hand] is atheistic in its very structure. Its god is gold, not He who has proclaimed gold as accessible to everyone, be it harvested from the earth or from the factory, from property or from work. Capitalism is atheistic, not in a philosophy, which it doesn't have, but in its praxis which ...is its entire philosophy: a praxis of insatiable wants, of plunder, of avarice, of arrogance and of domination.

To say that this article is a vigorous attack on capitalism would be an understatement. But in addition to highlighting the fundamental incompatibility between the capitalist and the Catholic spirit and understanding of society, it also highlights the sad fact that a realization of the opposition between these two visions of society was not widely diffused throughout the Church; certainly it was hardly known by Catholics in the United States, where the Church's opposition to Communism was often seen as an unqualified endorsement of capitalism and all its works. And this is unfortunately still largely the case. The idea that the Church has anything of importance to say about the social order is foreign both to most Catholics and to those outside the Church, whether they would be apt to welcome such a Catholic contribution or not. There is even a substantial group of Catholics who explicitly reject the notion that the Church should speak out on questions of economic morality, especially if her voice sounds too "socialistic." Pope Francis' strictures against free-market economics in Evangelii Gaudium or Laudato Si' seemed to these Catholics a socialist outrage, even though in comparison with Leo XIII, Pius XI or Pius XII, not to mention Giuseppe Dalla Torre, they are rather mild. One can only dream, however, of what would have been the result had Catholics in the 1950s been as motivated to champion the Church's social doctrine as they were to oppose lascivious movies. I mean nothing against this latter apostolate, and in fact the sexualization of American society was as much the result of capitalist avarice in exploiting human weakness in order to sell its products as it was of Hollywood's distorted notion of artistic freedom.
But unfortunately this was a road not taken by the Church, an opportunity missed that probably won't come again soon, a chance to stand outside the conventional and ultimately incoherent political divisions of our society, and to offer something so unexpected that it just might have interested people who didn't even have the Church on their radars. But if Catholics ever decide to promote the entire range of Catholic teaching, if we ever tire of being pushed into the box of "conservatism" or of conventional religiosity, then, whenever that might occur, there is always the possibility that, as Peter Maurin, co-founder of the Catholic Worker, put it, we might blow the dynamite of the Church.[2]
Printable version
Notes:
[1] Since the Times' piece is datelined, Rome May 7, and the article in question appeared in the May 8 edition of L'Osservatore Romano it might seem that there is some confusion here. It is definitely the same article since the material quoted by the Times can be found in it. Probably L'Osservatore's May 8 edition came out sometime on Saturday the 7th, early enough for the story to be cabled to New York and included in the next morning's edition of the Times. Given the time difference between Rome and New York this seems quite likely. Someone familiar with journalistic practices of the era could probably clear this up.
[2] http://www.easyessays.org/blowing-the-dynamite/
Title photo by David W. Cooney.  All rights reserved.
Posted by Practical Distributism