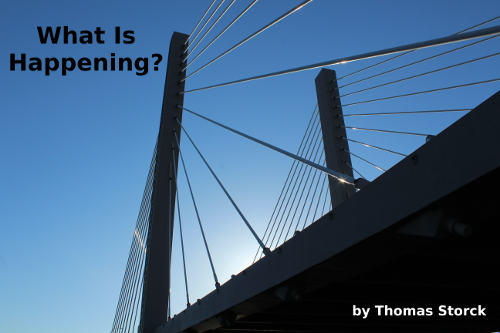 It was about twenty years ago, at the turn of the last century, that a revival of distributist thought unexpectedly occurred. I say unexpectedly, even though I, along with John Médaille, was one of the small group of writers and theorists most responsible. After a few articles of my own, the website that is now called The Distributist Review began publishing, and later the Practical Distributism website on which you are reading this article. I suppose the high point of this revival, so far, was the April 2009 debate at Nassau Community College on Long Island, organized by Richard Aleman and Joseph Varacalli, where I represented distributism, the late Michael Novak, capitalism, and Professor Charles Clark, socialism. Perhaps even more significant was when our opponents themselves began to take account of us, as, for example, the sessions on distributism at the Acton Institute's annual Acton University. All of this certainly put distributism, decades after the deaths of Chesterton and Belloc, on people's mental maps, and provided a model for implementing Catholic social teaching in the economic order.

Catholic social teaching, as that is embodied in the teaching of the Magisterium, is contained primarily in a dozen and more papal documents, mostly encyclicals. Since they are addressed to the whole world, necessarily they must deal in general terms. Thus a certain lack of specificity at times. Of course, from the 1930s to the 1950s and beyond, there arose a huge secondary literature of commentaries, expositions, and attempts at application, including statements by various bishops' conferences, of this body of papal teaching, which goes a long way to alleviate the necessary generalities of the pontiffs themselves. But still it is difficult to "sell" something as an alternative to capitalism if it lacks the kind of concrete proposals that people expect in discussions of economic policy. Hence distributism gives a framework for the application of Catholic social teaching that can make it a very attractive alternative to capitalism. To be sure, distributism is not the only way of making papal teaching more specific. An alternative method of applying Catholic doctrine on the economy is the system of solidarism, elaborated by Heinrich Pesch, (d. 1926), a German Jesuit and trained economist. Solidarism was championed vigorously and intelligently for years by the late Rupert Ederer, an economist himself. In my opinion, the differences between distributism and solidarism are mostly a matter of emphasis, and both systems recognize the key point of the Church's social doctrine, that it is imperative to subject economic activity to the demands of the common good.

To return to my original subject, the promising distributist revival seems to have come to a halt, a halt that I certainly hope will be temporary. Right now, of course, Catholics, at least in the United States, are preoccupied by the scandals and revelations surrounding Cardinal McCarrick, the report of the Pennsylvania grand jury, Archbishop Viganò's claims, and so on. But unfortunately distributist activity had already slowed down well before this summer. The fact that distributist websites and initiatives are run on a shoestring, in people's spare time, explains most or much of this. But it is unfortunate nonetheless.

Unfortunate because a tremendous distortion has occurred in the thinking of Catholics in the United States concerning the social order. Because of the loss of Catholic identity that has intensified since the Second Vatican Council, the loss of a recognition that being Catholic is the most important and central part of our spiritual and intellectual identity, Catholics in the United States have pretty much divided into the two cultural-political blocs that divide American society. Although both of these blocs have religious components, the religious component is secondary. Thus one is primarily a conservative who happens to be a Catholic, or a liberal who happens to be a Catholic. Sometimes knowingly and willingly, sometimes reluctantly and only half aware, Catholics in both these blocs tend to abandon distinctive Catholic beliefs and embrace those of the larger bloc they are part of. In particular what I find so distressing is that most of those Catholics who make a point of upholding orthodoxy, of claiming adherence to the Church's doctrinal patrimony and traditions, have fallen into this cultural division and are to be found among the ranks of conservatives. As a result they have accepted an understanding of the social order, and of economic activity in particular, alien to that of the Church, in many cases, directly opposed to her teachings. Distributism can have a very important role to play in providing these Catholics with an alternative vision to free-market economics, a vision with clear Catholic antecedents in the writings of Chesterton and Belloc, one that is difficult to dismiss as simply another leftist scheme, something that at least invites further study.

But though distributist activity is sadly in a lull, things in general have not stopped happening. On the one hand, there seems to be a certain number of Catholics, keenly aware of the deficiencies of capitalism, who have turned to what seems to so many the only other option, socialism. This is a mistake. Although Pope Pius XI was clear in Quadragesimo Anno that not all socialist economic proposals were wrong, socialism has an intellectual heritage of hostility to the Church and to Christian culture, which is the reason why he states that, "No one can be at the same time a sincere Catholic and a true socialist" (see sections 113-125 for Pius's penetrating discussion of socialism). But it is crucial to remember the reasons for this condemnation, and that socialism's errors are not primarily economic. As St. John Paul II reaffirmed in Centesimus Annus (no. 13), "the fundamental error of socialism is anthropological in nature." Thus the all too common practice of labeling anything which departs from capitalist orthodoxy as socialist, and hence condemned by the Church, is false. Presumably those Catholics I have mentioned who identify themselves as socialists do not embrace socialist anthropological errors. But if this is so, why appropriate the label? Pius XI made clear how unnecessary that was.


For it is rightly contended that certain forms of property must be reserved to the State, since they carry with them an opportunity of domination too great to be left to private individuals without injury to the community at large. Just demands and desires of this kind contain nothing opposed to Christian truth, nor are they in any sense peculiar to socialism. Those therefore who look for nothing else, have no reason for becoming socialists. (nos. 114-15)

I do not expect much in the way of influence from Catholics who call themselves socialists. The term has too many negative associations for most Catholics, and indeed, probably for most Americans. But while distributist Catholics have been mostly quiet, and while those Catholics calling themselves socialists have been spinning their wheels, another group of Catholics interested in the socio-economic order have been very busy, and have used their time well, sad to say. These are Catholics, many of them men of considerable riches, or those hired by them, who work to promote the notion of the compatibility of Catholic social teaching with free-market capitalism.

Catholics of this sort have been around for some time. Indeed, Pope Paul VI in his 1971 apostolic letter, Octogesima Adveniens, already perceived and warned of the "renewal of the liberal [i.e., free-market] ideology." After John Paul's encyclical Centesimus Annus was issued in 1991, numerous free-market Catholics took advantage of certain less than clear passages in that document to claim that Catholic social doctrine had undergone a radical change of direction, and that the Church now endorsed free-market capitalism as the normative economic system. This was false, of course, but had that claim been true, all it would mean was that the Church had abandoned her right to teach with authority in the area of economic morality, for if John Paul II had altered the Church's social doctrine, what was to prevent a future pope from altering it again? And how was this teaching now anything more than the personal opinion of the reigning pontiff?

But all this did not deter Catholic capitalists, and that very year the Acton Institute was founded, an organization dedicated to promoting free-market, essentially libertarian ideology, as somehow compatible with the teaching of the Church. To skip over several decades, just recently Tim Busch, a man whose economic views stand condemned as countenancing one of the sins that cry to Heaven for vengeance, together with one of his cronies from the Koch brothers, bought himself a whole business/economics school at Catholic University. And even America magazine has begun featuring articles explicitly promoting capitalist economics and even libertarianism.

Institutions, organizations and journals that work to promote capitalism and the free market will never lack funding in the United States. On the other hand, very few will give any money to distributist causes, and no one will give enough so that someone is able to devote himself full-time to the promotion of distributism. So family and job obligations, other intellectual interests and projects, feelings of isolation and lack of support - all these cripple distributist efforts.

Right now capitalism and its supporters are riding high in the Church. Even if distributists bestir themselves, and even if those Catholics currently wasting their time on socialism should join in our effort, our prospects are not bright. It is very much a David and Goliath kind of struggle. Unless there is another and major collapse of the capitalist economies - which would bring suffering chiefly to those least responsible for such a collapse - alternatives to free-market thinking are not likely to make much headway. But in the Church it is another matter - or should be. Our Lord promised to be with his Church forever. His Immaculate Mother is able to expel heresies and error from the Mystical Body of her Son. We must do our part, certainly, but we must fly to their protection and rely on their help above all else.