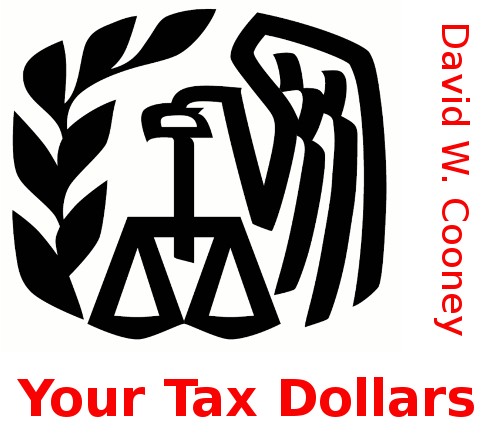 Here's a sobering thought. If we were to actually pay for what the government provides, our taxes would be almost doubled.

Those on the political left have frequently pointed to the number of tax breaks and loopholes that corporations in the U.S. enjoy, but such arguments are not typically made in opposition to government spending, or even to deficit spending. They are typically raised as an accusation that corporations are not paying their "fair share" of the tax burden, and frequently as an argument that even more spending (which would still be deficit spending) should be approved. What I would like to address here is the way that government spending hides real costs from the average citizen.

What costs are hidden? We have been told for years that our capitalistic engine had yielded prosperity for the world in general and our society in particular. We enjoy an abundance of low cost goods. Not just technological gadgets, but basics supplies like clothes, materials to build housing and furniture, and food. In reality, our government subsidizes these things to make us think that they cost less than they really do. The full cost of these things is hidden from us by the government, which pays a significant portion of the cost in a manner that is unseen to us.

Consider the occasions when the farm bill is up for renewal. News reports make it clear that, without those subsidies, prices for food will drastically increase. Some will even double. The farm bill subsidizes the very industrialized agriculture that we are told has resulted in an abundance of inexpensive food. The same capitalists who exalt our industrialized agricultural system criticize the local organic farm movement as being unsustainable and too expensive. As I have asked before, how is it more expensive to raise food without patented genetically modified seed, expensive chemical fertilizers and pesticides, large combine farm equipment, large storage units, and long distance shipping? All of these things, utilized by industrialized agriculture, add costs to production, and yet produce grown locally without those things, using a small tractor and just trucked across town to the local market, costs more. At least it appears to.

Our government is in the business of making us think things are better, easier, and less expensive than they really are. It borrows huge amounts of money so we won't see - we won't experience - how much we've come to expect from it really costs. It uses this money to subsidize certain business interests to hide the fact that what they produce really costs more than is revealed to us. This goes far beyond the Farm Bill and agricultural products. Your tax dollars are being used to trick you and make you complacent.
Posted by Practical Distributism